Our Argentina trip is a unique journey for true desert enthusiasts exploring the heart of South America’s high altitude wilderness. The north west of Argentina is one of the continent’s most remote and striking areas. It’s a land of volcanoes, salt flats and remarkable rock structures.

From the regional hub of Salta we travel by 4WD into Argentina’s Puna, a high altitude desert encompassing diverse ecosystems. We travel hundreds of kilometres through haunting landscapes, dotted with small pueblos but for the most part bare of human presence. Driving through multi-coloured canyons and hills en route to Cafayate, we pass fields of white sand dunes and explore the heritage of pre-colonial Argentina at Quilmes – a testament to the indigenous groups of the region. From here we traverse high passes to the Piedra Pomiz. This is a vast area of enormous pumice rocks and dunes, almost Saharan in appearance and a delight for any keen photographers.

After exploring this region and taking our vehicles off-road to its lesser-visited parts, we head to the Galan Volcano. En route, we pass the salt lake of Laguna Diamante and stop to see its birdlife. We explore the caldera – one of the largest in the world – and then continue our journey through shimmering white salt flats, lakes and stunning volcanic cones rising from the desert floor. After exploring the vast expanses of the Salar de Arizaro, we head to the ‘deserto del labirinto’, one of the highlights of the trip and surrounded by six thousand metre peaks.

Our route back to Salta takes us to the Andean pueblo of Purmamarca with its coloured mountains and typical adobe buildings. We end our journey in a comfortable finca.

This is a region of breathtaking beauty, of multi-hued mountains and imposing volcanoes where nature rules, and we intrude. Little visited and often ignored in favour of Argentina’s better-known attractions, the Puna holds an allure for those who like their travel uncompromising and adventurous. Its spell will remain long after you have left.

Arrive in Salta, in Argentina’s northwest, and transfer to your hotel. Overnight Finca Valentina or similar.

Salta is the regional capital and gateway to the northwest, a jump-off point to the wild landscapes beyond. Founded in the late 16th century it has become a large city of around 600,000 inhabitants, nestled within the foothills of the Andes and with some stunning colonial architecture in the form of cathedrals, churches and old mansions. Of particular note is the Museo de Arqueologia de Alta Montana, which houses three Incan mummies discovered nearby and is well worth a visit.

Head out of Salta, travelling from the green jungle of the Yungas to the semi-deserted Calchaquí Valley, and crossing the Piedra de Molinos Pass at 3400 metres. We continue through landscapes dotted with guanacos and cacti, stopping at the colonial pueblos of Cachi and Molinos, where we end the day in a historic hotel, which once belonged to a powerful landowner. Overnight Hacienda de Molinos or similar. (BL)

Travelling along a difficult road, we reach the southern part of the Calchaqui Valley, the land of the first Spanish settlers here. From here we enter the ‘Quebrada de las Flechas’, thousands of hills of chalk, clay and ash in the shape of arrows, then continue to the ‘Quebrada de las Conchas’ with its spectacular multi-coloured canyon. Overnight Cafayate Wine Resort or similar.  (BL)

Drive through the desolate valleys of Catamarca to the pre-Inca site of Quilmes, one of the most impressive archaeological sites in Argentina. From here take a stunning journey across the altiplano today on one of the less travelled routes, passing white sand dunes, volcanoes and lagoons to end in the small oasis of El Penon. Overnight Hostaria El Penon or similar. (BLD)

With high altitude deserts and high mountain passes, the Puna in Argentina’s northwest is raw wilderness at its best.

Puna Jujeña, the remote altiplano of northern Jujuy, is characterised by expansive salt flats, herds of guanacos and lagoons speckled with pink flamingos. In places, Puna Jujeña is punctuated with large Quebrada-style chapels and dotted with tiny indigenous, mud-brick hamlets. The pampas of this region are bordered to the east by jagged peaks and outside the small village of Tres Cruces in the north of Jujuy lie strange rock formations named the “Devil’s Backbone” which were formed millions of years ago as a result of violent tectonic activity.

Puna Catamarqueña is one of the most deserted and remote parts of the country and it stretches all the way to the Chilean border. The backdrop to this overwhelmingly beautiful region is the Andean Cordillera, and majestic volcanoes, frozen lakes and huge expanses of altiplano grazed by vicuñas are all among the sights to behold.

From here continue to Piedra Pomiz, where a vast landscape of enormous pumice rocks confronts us, many up to ten metres high. Continue to the coloured mountains of Antofagasta de la Sierra and the coloured lagoon of Carachipampa, and return to El Penon. Overnight Hostaria El Penon or similar. (BLD)

Head first to the Laguna Diamante, a vast high altitude salt lake home to large numbers of birds including flamingos. Moving on we reach the Galan Volcano, one of the largest calderas in the world, and explore the surrounding area. End the day in Antofagasta. Overnight guesthouse. (BLD)

Head north to Peinado Volcano, one of the region’s prettiest, then cross the shimmering expanses of the Salar de Antofalla en route to the small oasis of Antofalla. Overnight guesthouse. (BLD)

Drive to the expanses of the Salar de Arizaro to see the Cono de Arita, a pyramid of black rock that is a striking contrast to the white salt flats. From here we climb up to the Laguna Lullaillaico, where the mummies of Incan children were found, and on to the ghost town of La Casualidad. On our way back to Arizaro we watch the setting sun change the colours of the mountains, then arrive in Tolar Grande. Overnight Casa Andina or similar. (BLD)

Spend the day exploring the area around Tolar Grande, on foot and by vehicle. We visit the ‘ojos del mar’, a series of blue holes in the midst of a white salt lake, and hike to a hidden sand dune for superb views of the surrounding area. In the afternoon we visit the old railway station of Caipe, and again enjoy a fantastic sunset on the way back to Tolar Grande. Overnight Casa Andina or similar. (BLD)

After so many incredible landscapes it’s hard to believe the best is still to come, but the scenery of the ‘Deserto del Labirinto’ is simply mind-blowing. We pass through a red desert landscape of fossil dunes and gypsum crystals, surrounded by 6000-metre-high volcanoes, making stops to explore along the way, including the Salinas Grandes – around 100km of white flats surrounded by volcanoes. Our day ends at the Andean village of Purmamarca, with its ‘Hill of Seven Colours’, the result of different strata of rocks and minerals. Overnight Marques de Tojio or similar. (BL)

Drive through the impressive scenery of the Quebrada de Humahuaca to the village of the same name, and explore the surrounding area including the coloured mountains of Hornocal and the Pucara of Tilcara – a pre-Inca fortress. Finally, we return to Salta, the end point of our expedition. Overnight Finca Valentina or similar. (BL)

Transfer to the airport for your flight home. (B) 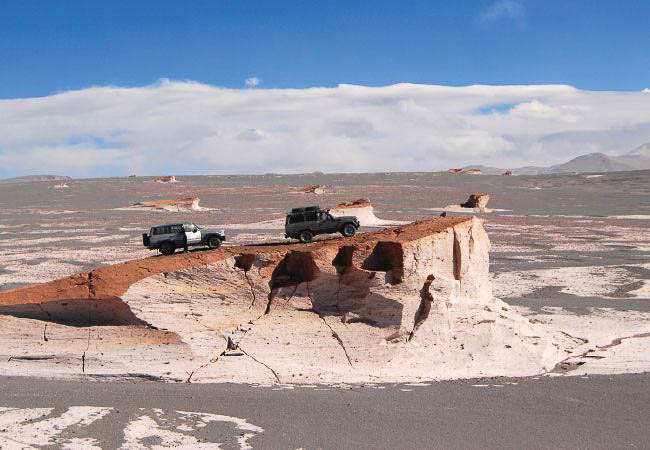 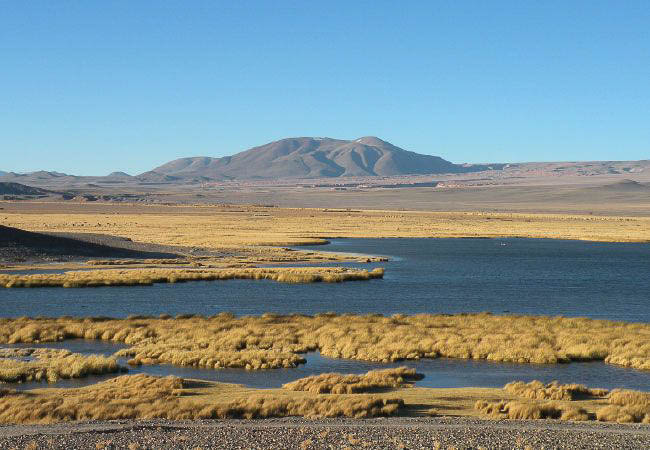 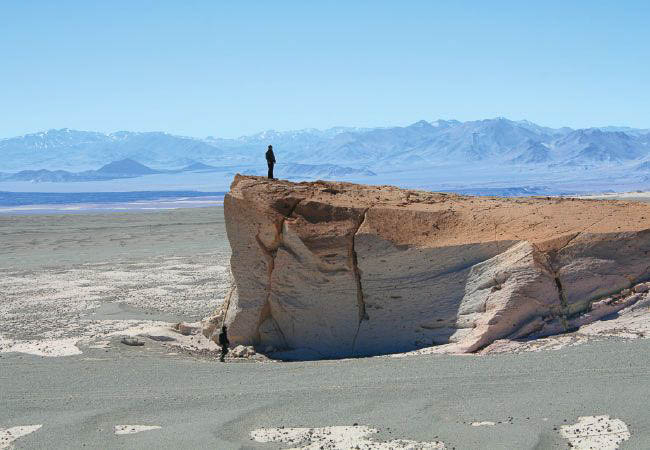 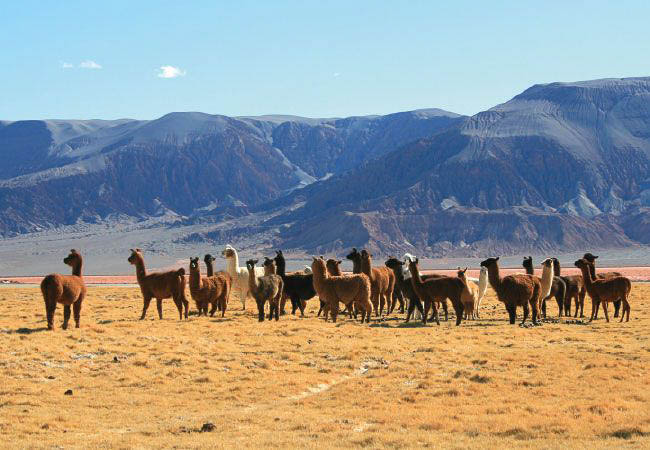 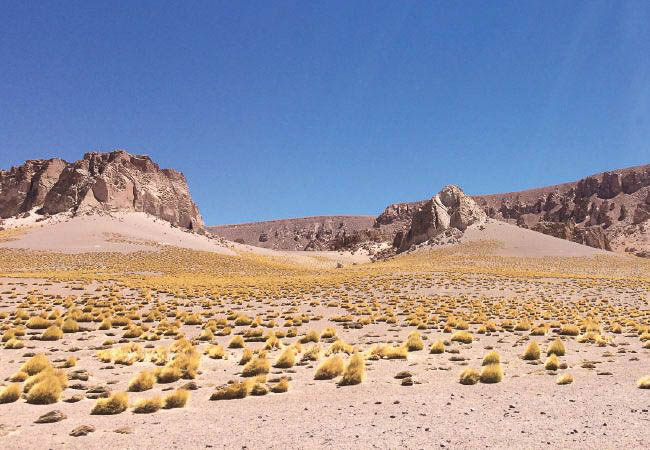 British nationals will be granted a 90-day stay in the country without a visa and your passport should be valid for the proposed duration of your stay. You may also need to provide proof of onward or return travel.

Citizens of Ireland, most of the EU, Australia, New Zealand, Canada, and the USA can also enter Argentina for 90 days without a visa. Citizens of Australia and Canada must pay a reciprocity fee of US$100 for the former and US $92 for the latter. The payment is valid for multiple entries for twelve months for Australians and Canadians can use it for multiple entries over a ten-year period.

Other nationalities should contact their nearest embassy to check visa requirements.

There are no arrival and departure taxes to pay. Departure tax is included in your flight ticket.

The currency in Argentina is the Argentine peso (AR$). ATMs are widely available but limits on withdrawal can be low whilst withdrawal charges are high. You can withdraw several times per day. The most widely accepted credit cards are Visa and Mastercard and money exchangers prefer US dollars. You will need your passport to exchange money.

When travelling to some of the destinations we offer you need to bear in mind that things won’t always work here as we’re used to them working at home. Travelling in underdeveloped and untouristed destinations requires both patience and a sense of humour. There may be problems with infrastructure, attitudes may be different, and maintenance may not be as high a standard as we would always like, but this is very much part and parcel of travelling in such a place. We aim to resolve any issues as quickly as possible, and thank you for your patience.

We keep a very close eye on the travel advice issued by the UK Foreign and Commonwealth Office so that we can keep you up to date with any warnings. At the time of writing the FCO do not advise against travel to any of the areas we visit on this trip.

We work very closely with our local team and are fully confident that we can operate tours safely in Argentina. Should you have any concerns over safety please do not hesitate to contact us and we can address your concerns. 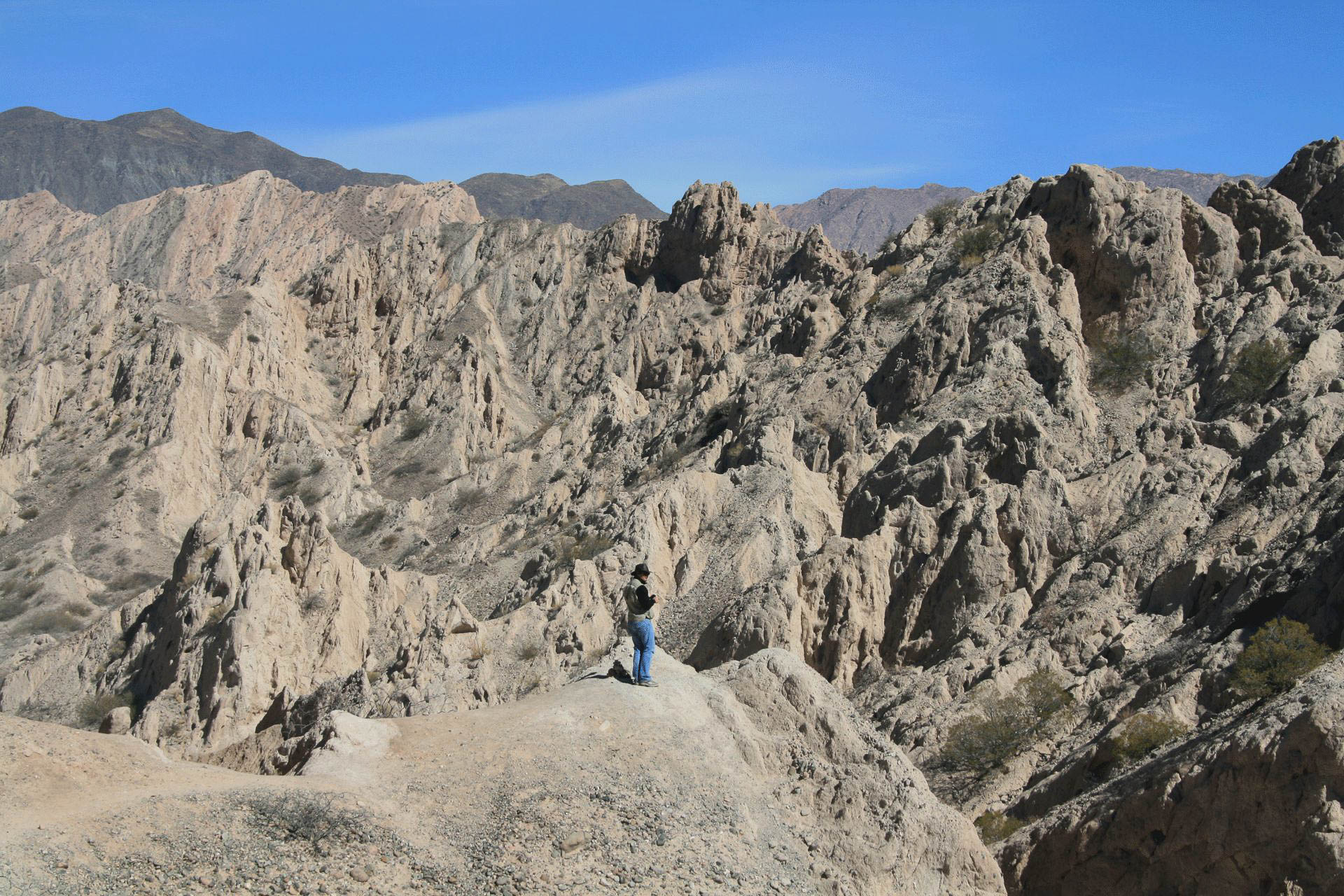 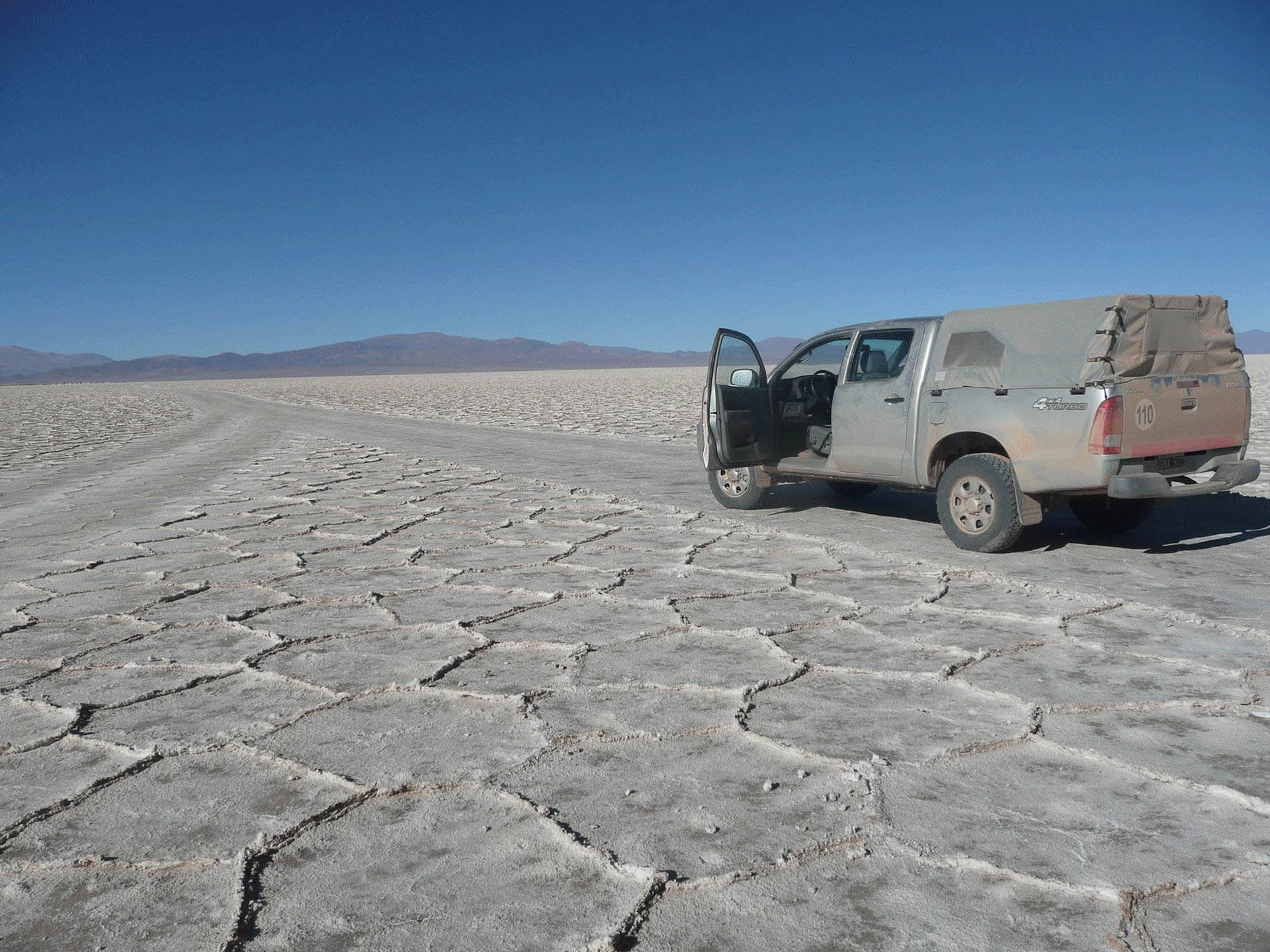 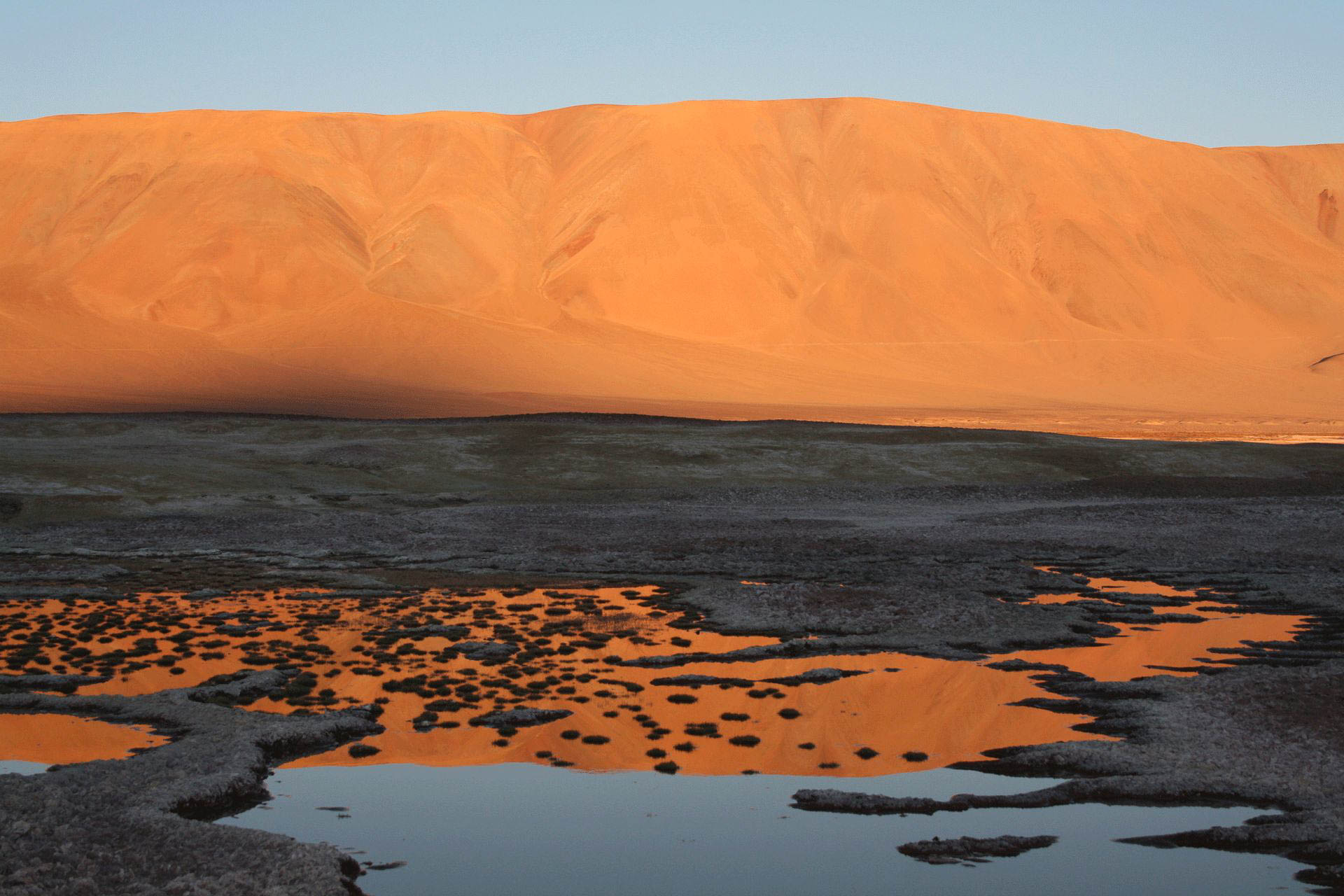 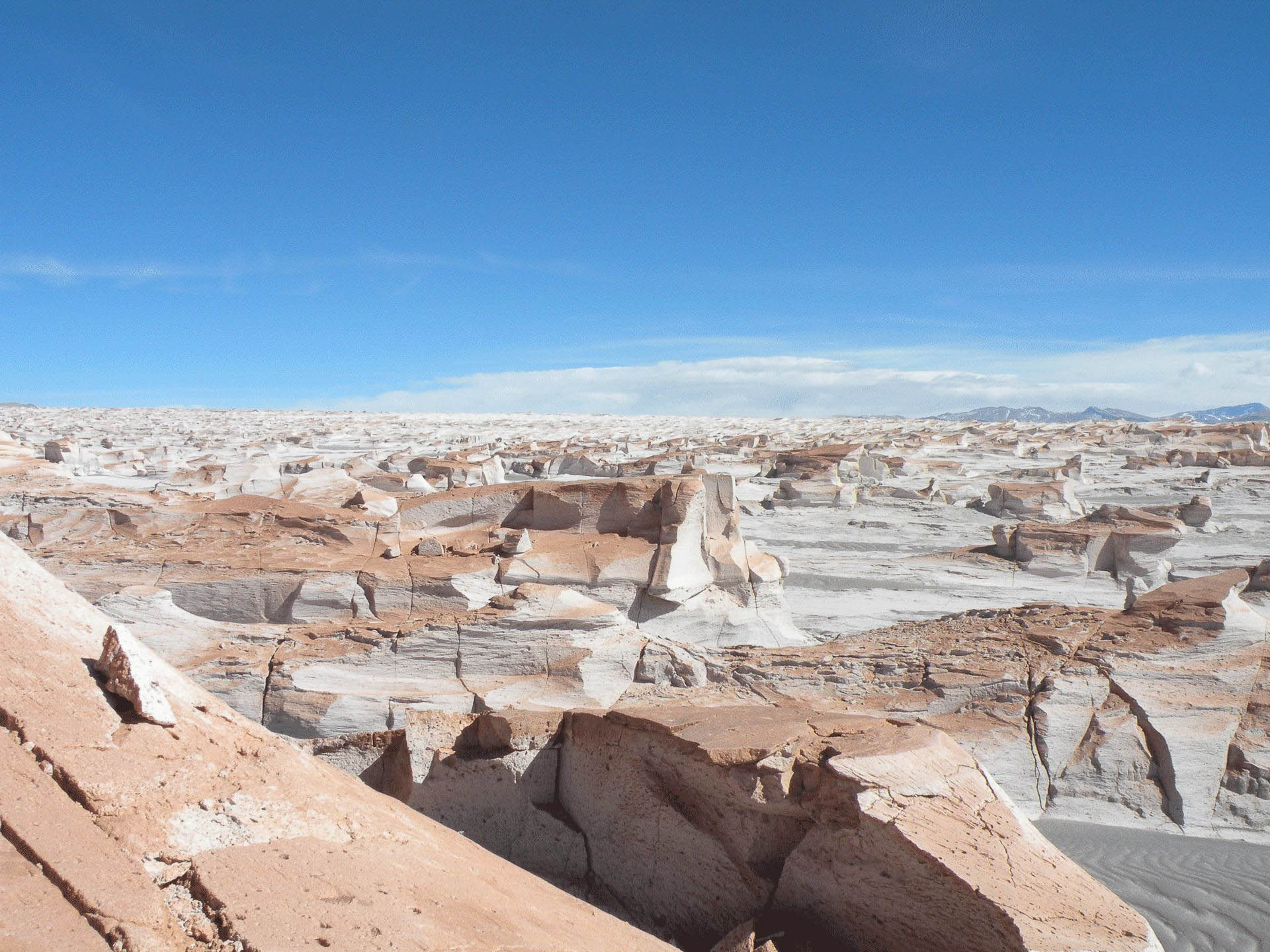 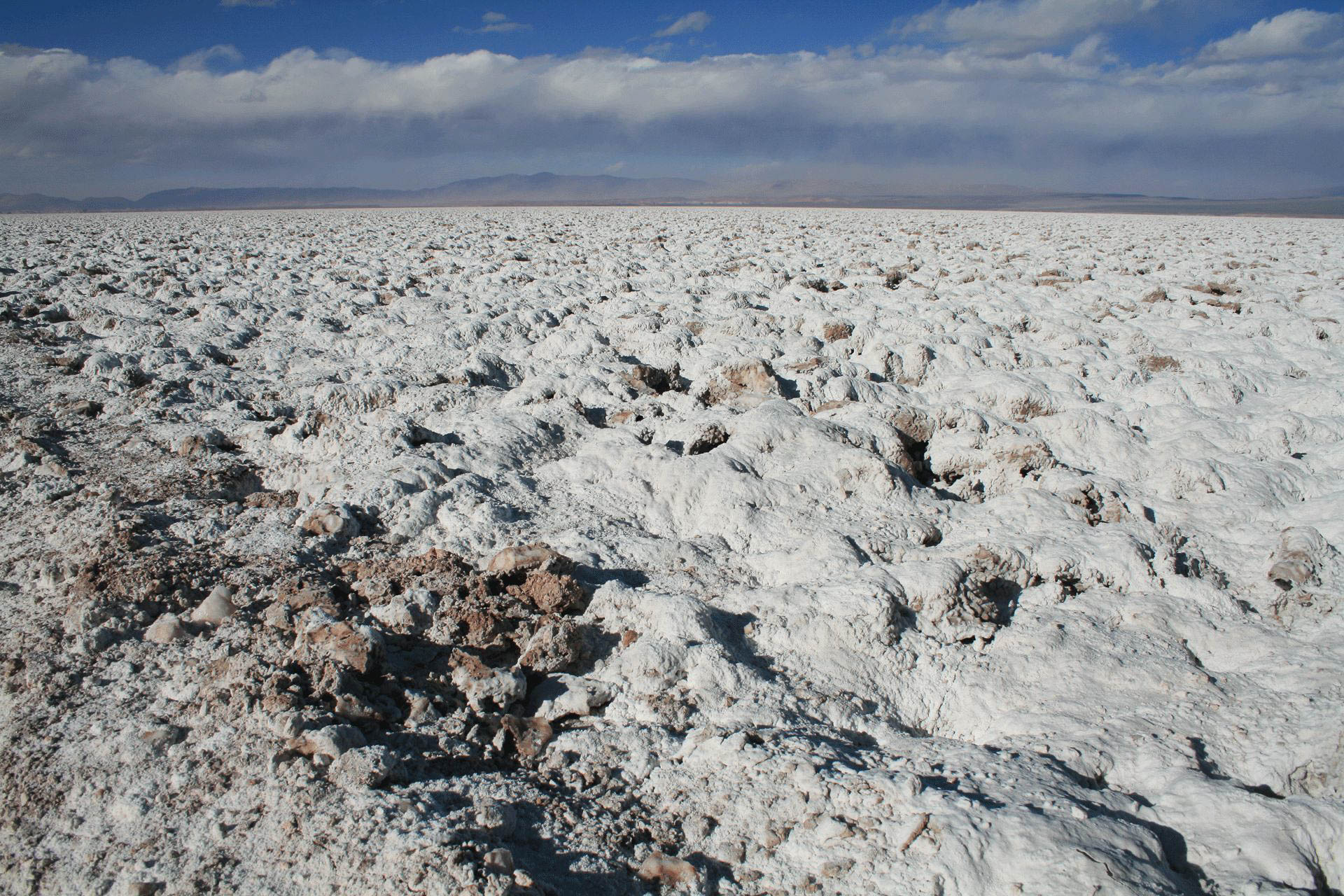 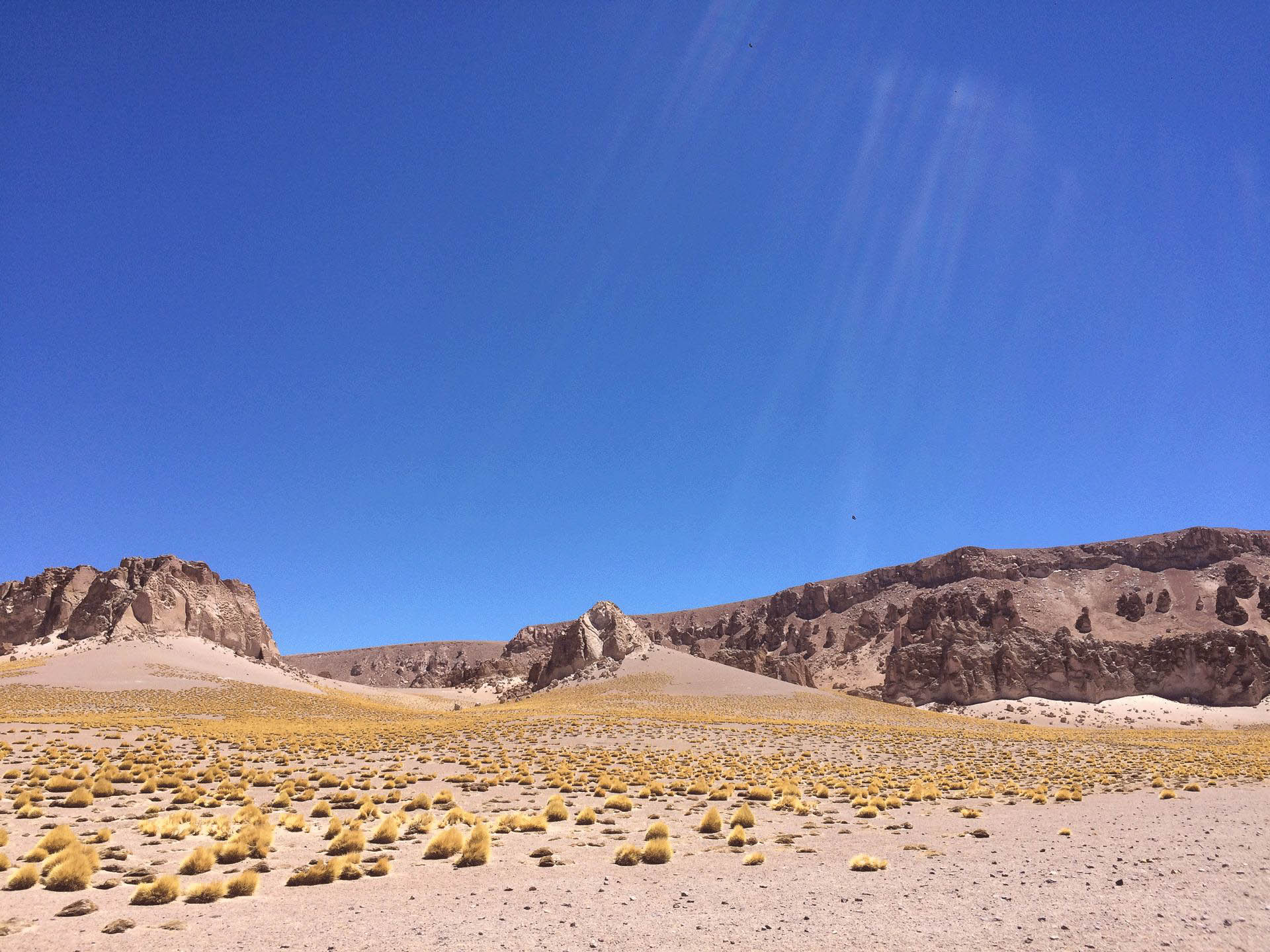 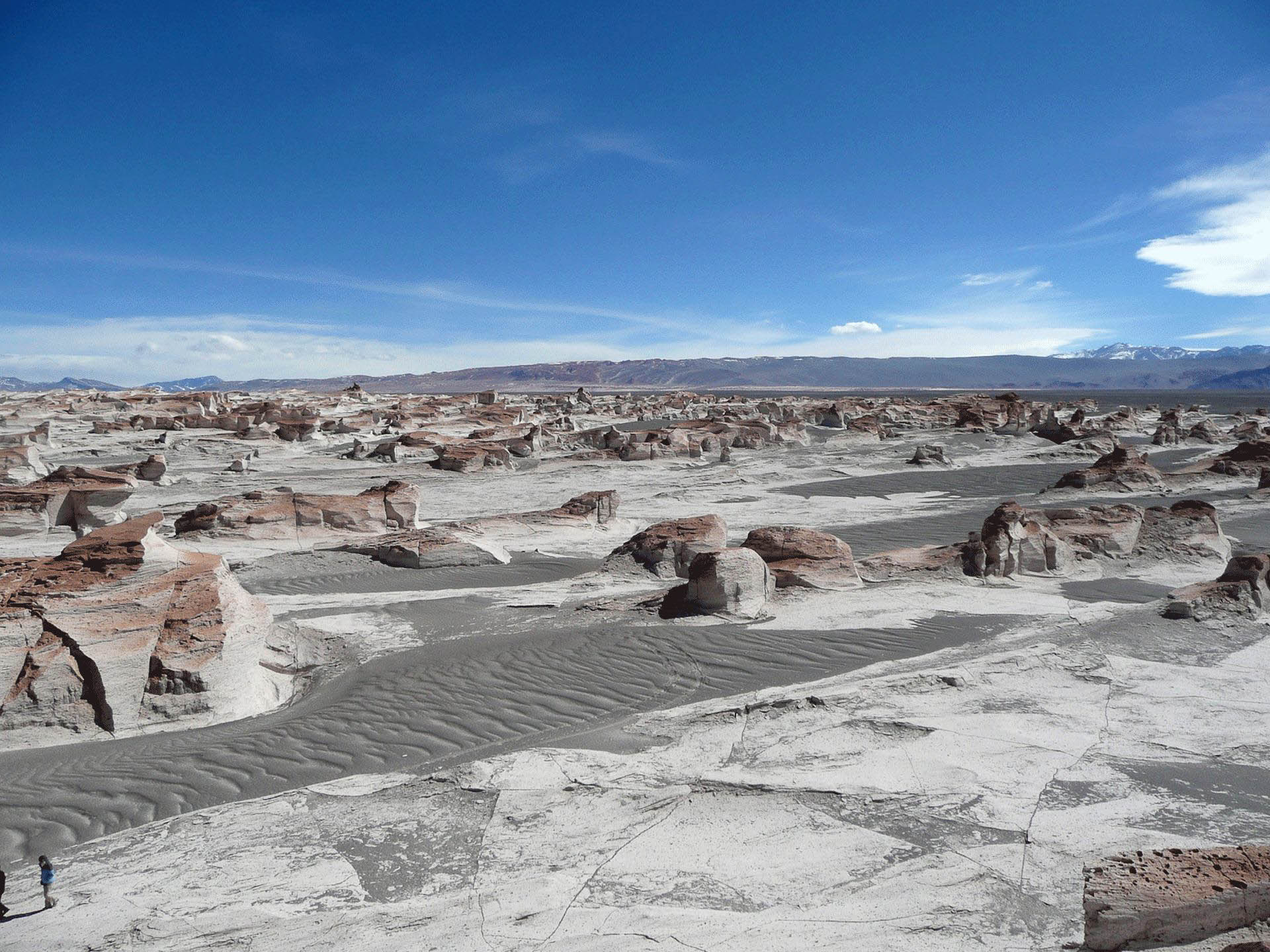 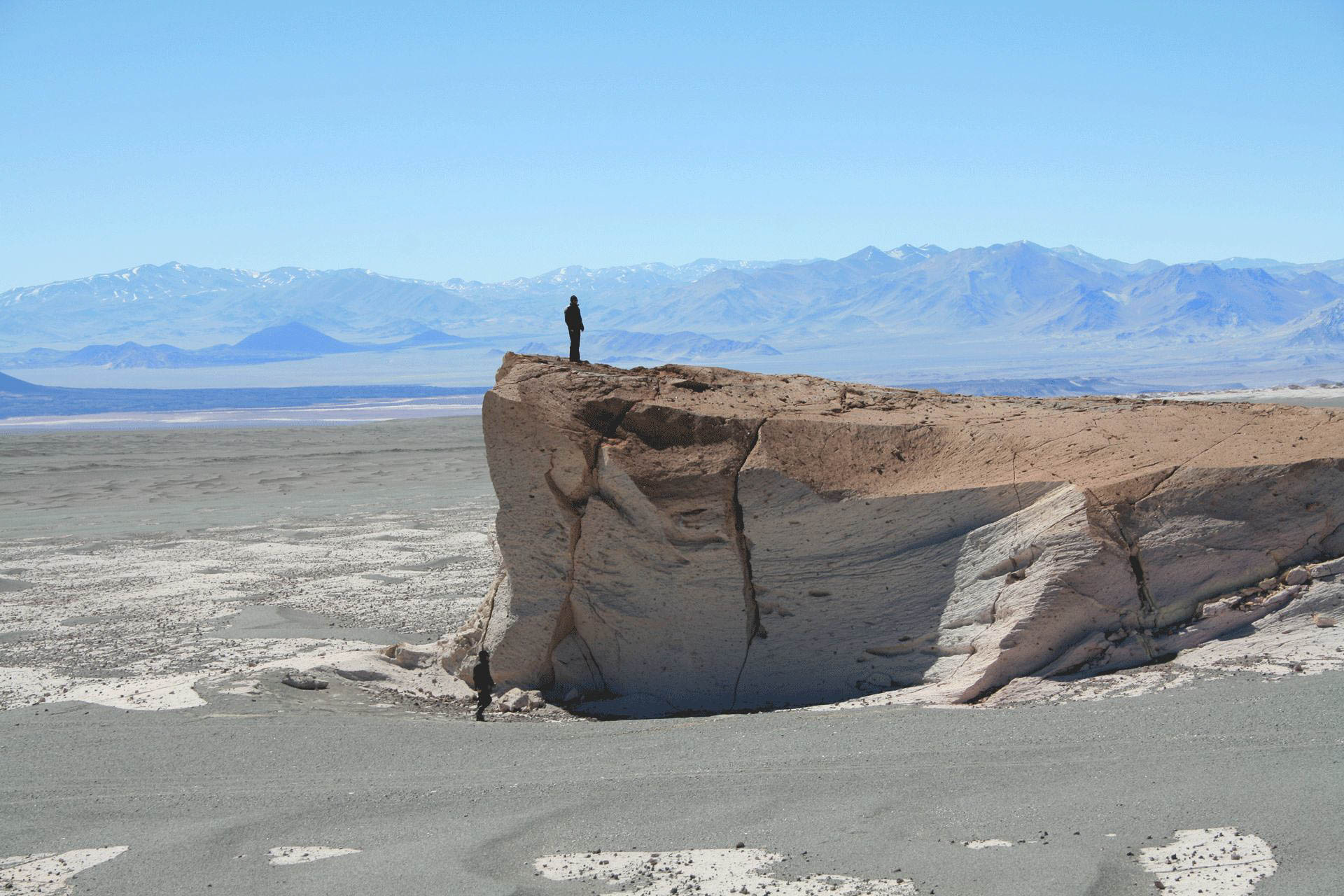 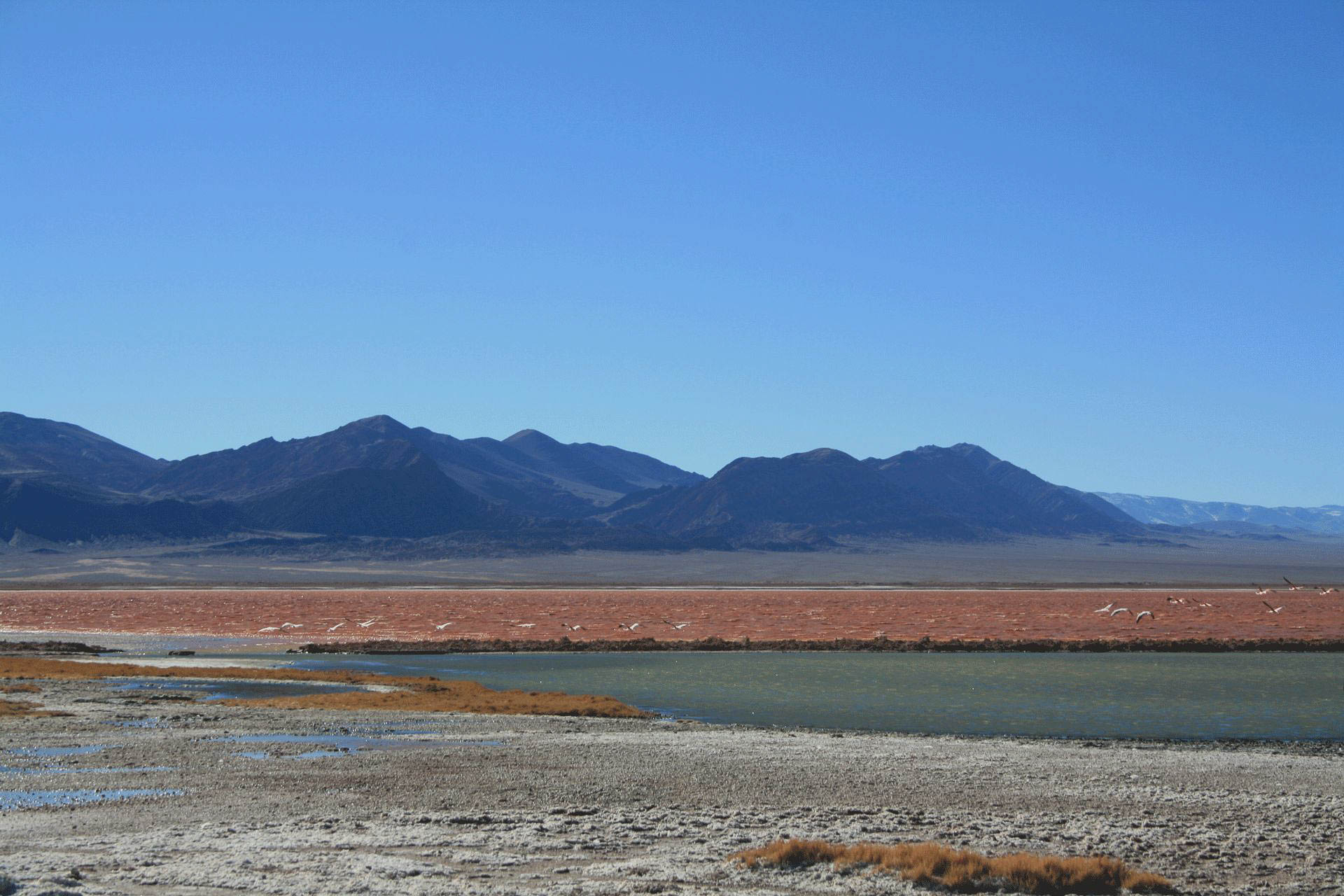 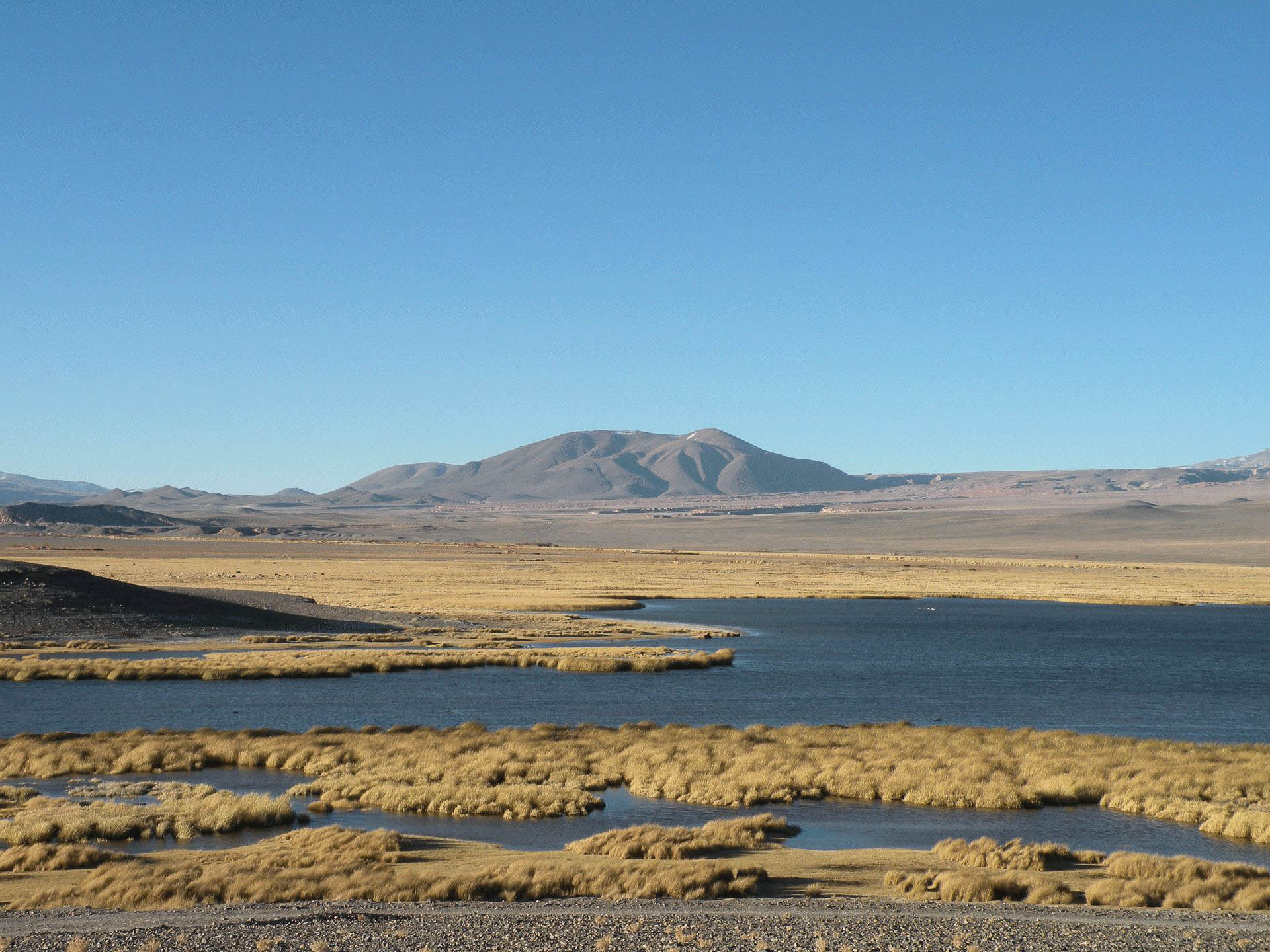 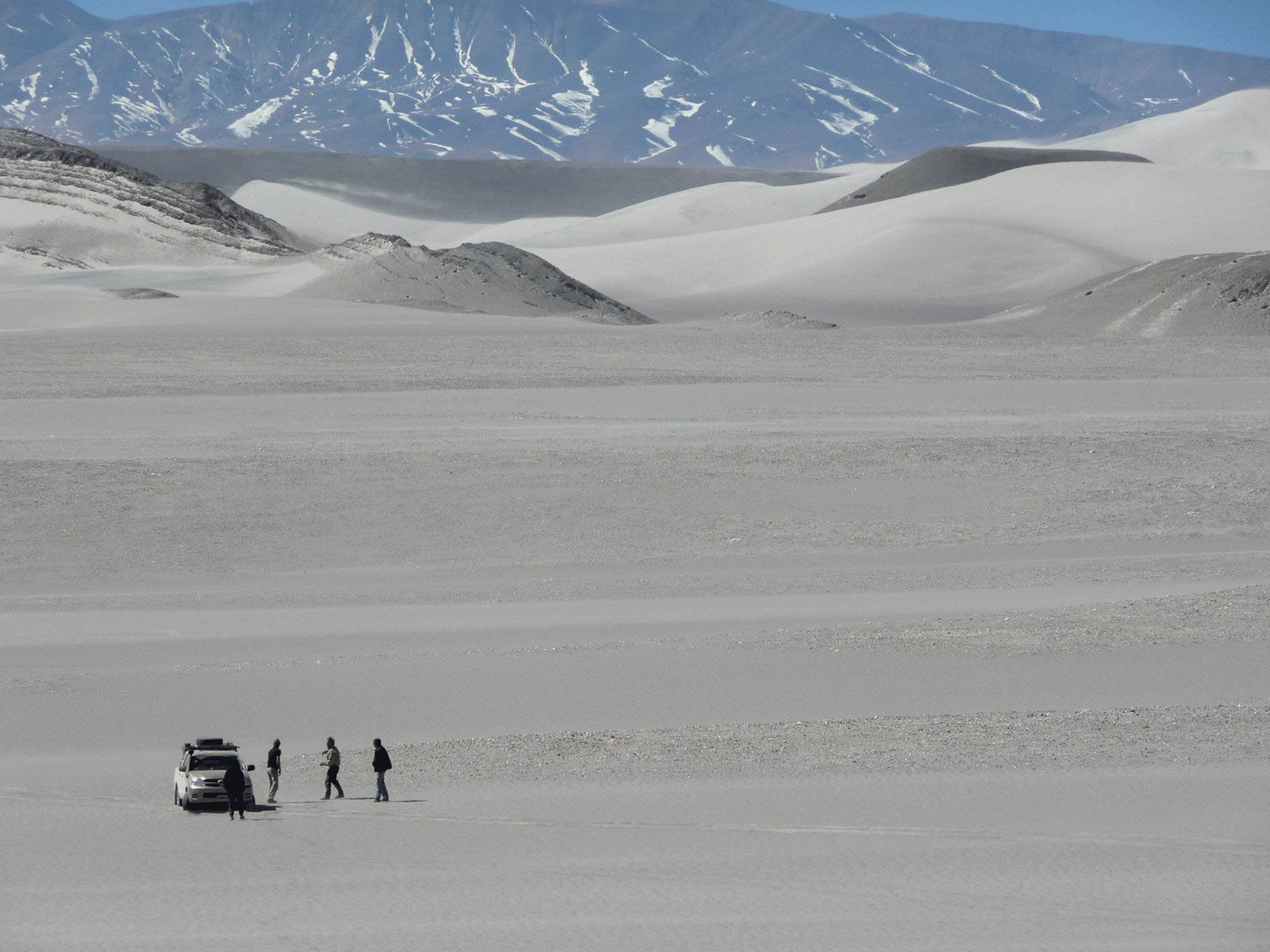 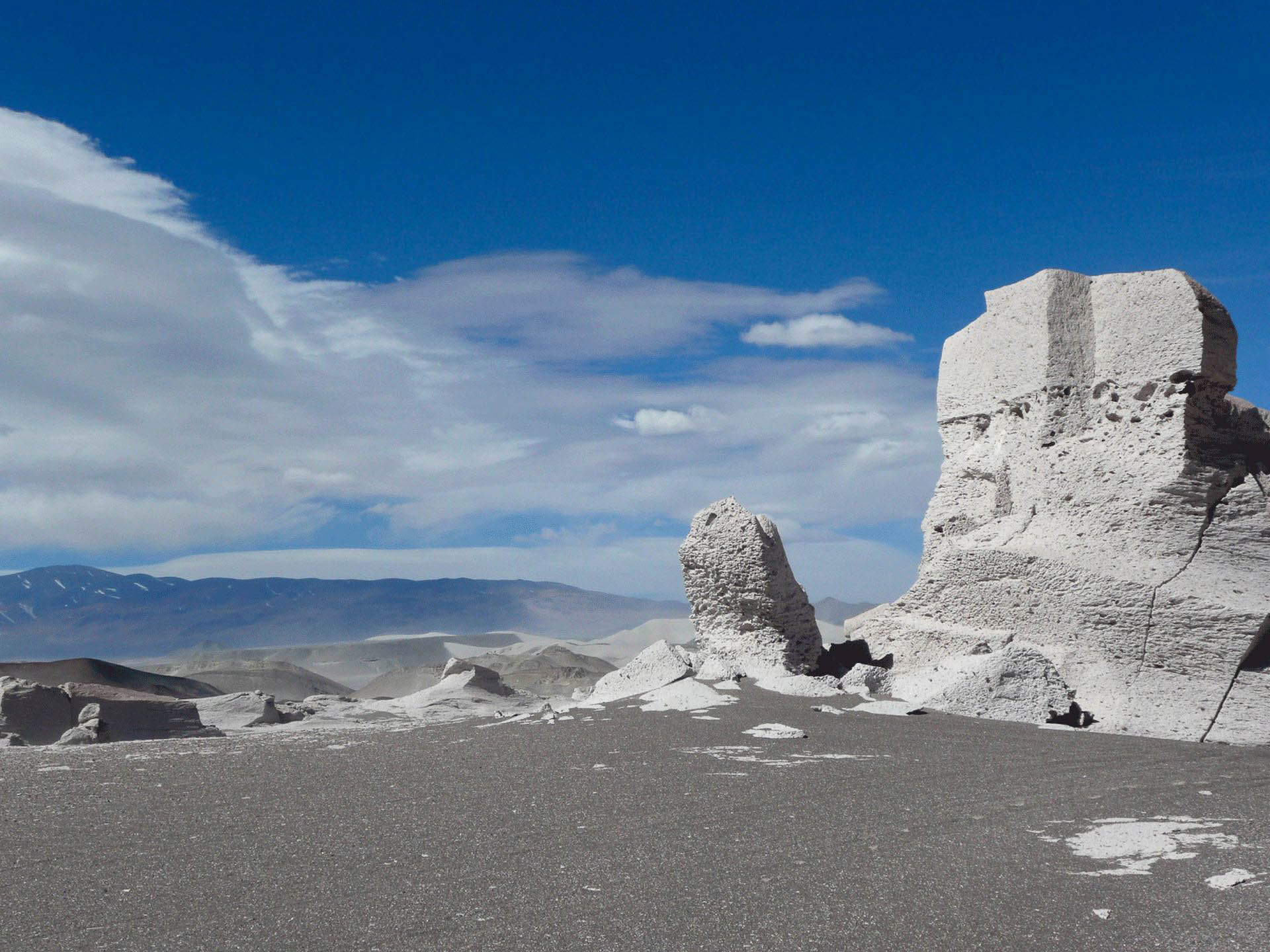 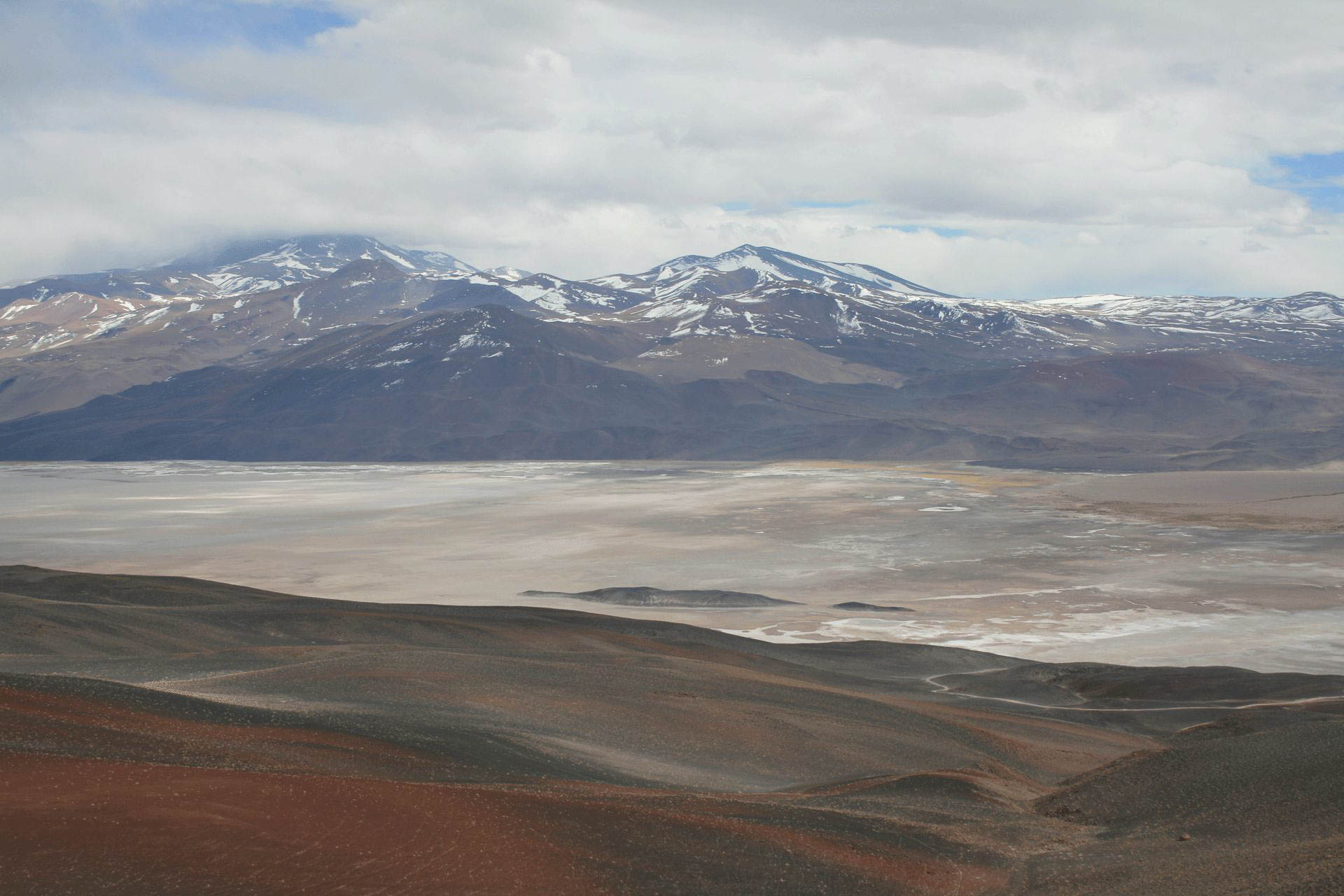